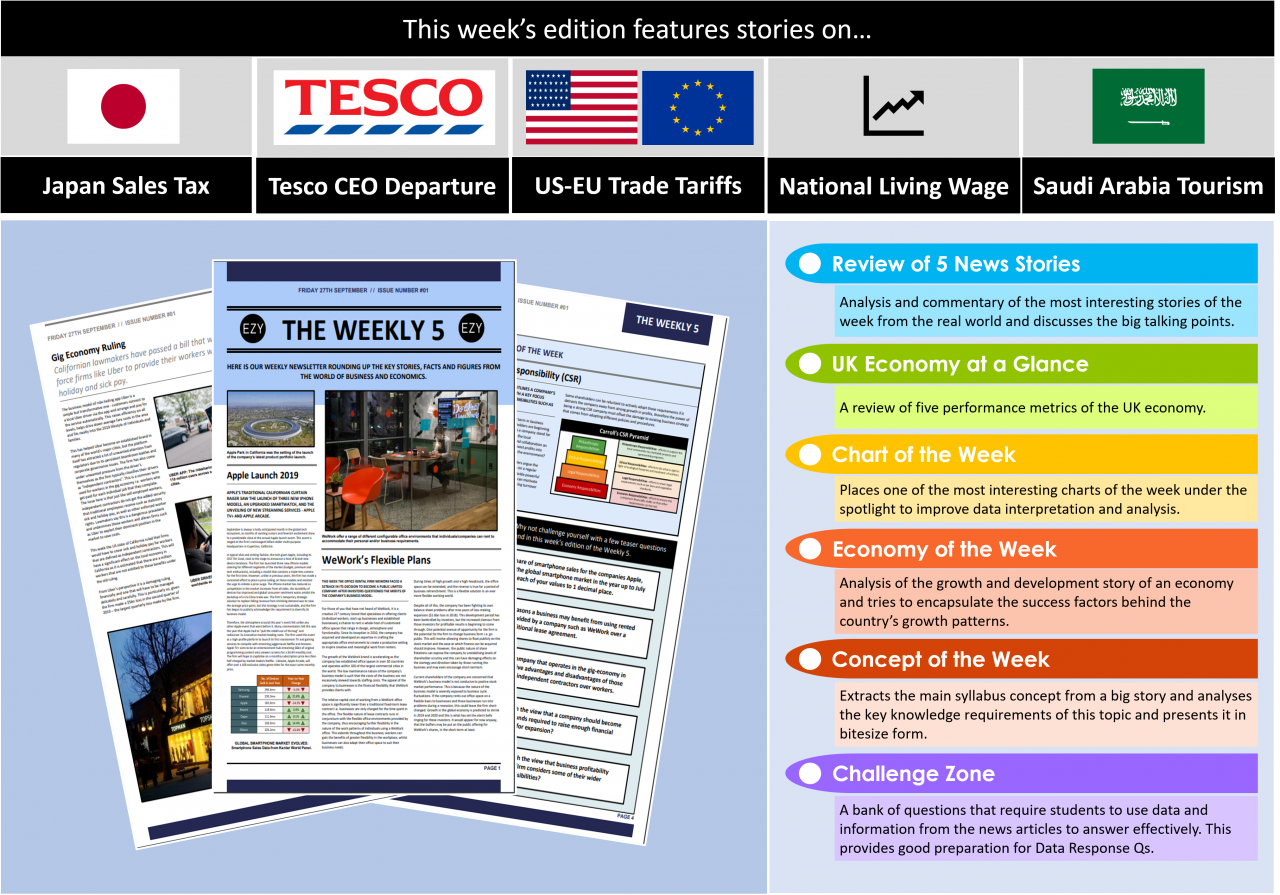 This week's edition of the Weekly 5 recaps some important economics stories of the past week. If you are an A-Level Business student these topics will help prepare you for the Global Business section of the course.

The main stories, as chosen by our team this week:

Alongside these stories you will also discover some additional features such as:

Stay tuned for further editions of the Weekly 5 released weekly during term time!

05 December 2016
Trumponomics: Borrowing Costs
EzyEconomics Blog
This week’s EzyEconomics News concludes our mini-series on analysing and evaluating some of Donald Trump’s key economic policies. Because of low bond yields in the US, it has become cheaper for the US...
3124 hits
0 comments
Read More
15 April 2018
In Memory of Michael McCall
EzyEducation General Blog
Everyone at EzyEducation was shocked to hear that our esteemed colleague, Dr Michael McCall, passed away last weekend.Having read maths at St John's College, Cambridge and secured his PhD from Durham ...
3891 hits
0 comments
Read More
02 November 2016
Evaluating the Brexit sterling crisis
EzyEconomics Blog
This week’s EzyEconomics News takes a further look at Brexit and the impact of currency depreciation. It uses this example to highlight how theoretical predictions based on a ceteris paribus assumptio...
3143 hits
0 comments
Read More
27 February 2018 Countdown to Exams - Day 2 - Rounding
EzyMaths Blog
Our focus today is on Rounding. Important to get right for questions which focus specifically on rounding, especially place value rounding. It is also important to avoid dropping careless marks by inc...
6789 hits
0 comments
Read More
15 March 2016
Analysing and evaluating over consumption of sugar
EzyEconomics Blog
Sugar and the health problems associated with excessive consumption has been in the news.  Public Health England have finally produced a report making a number of policy recommendations for the g...
3071 hits
0 comments
Read More