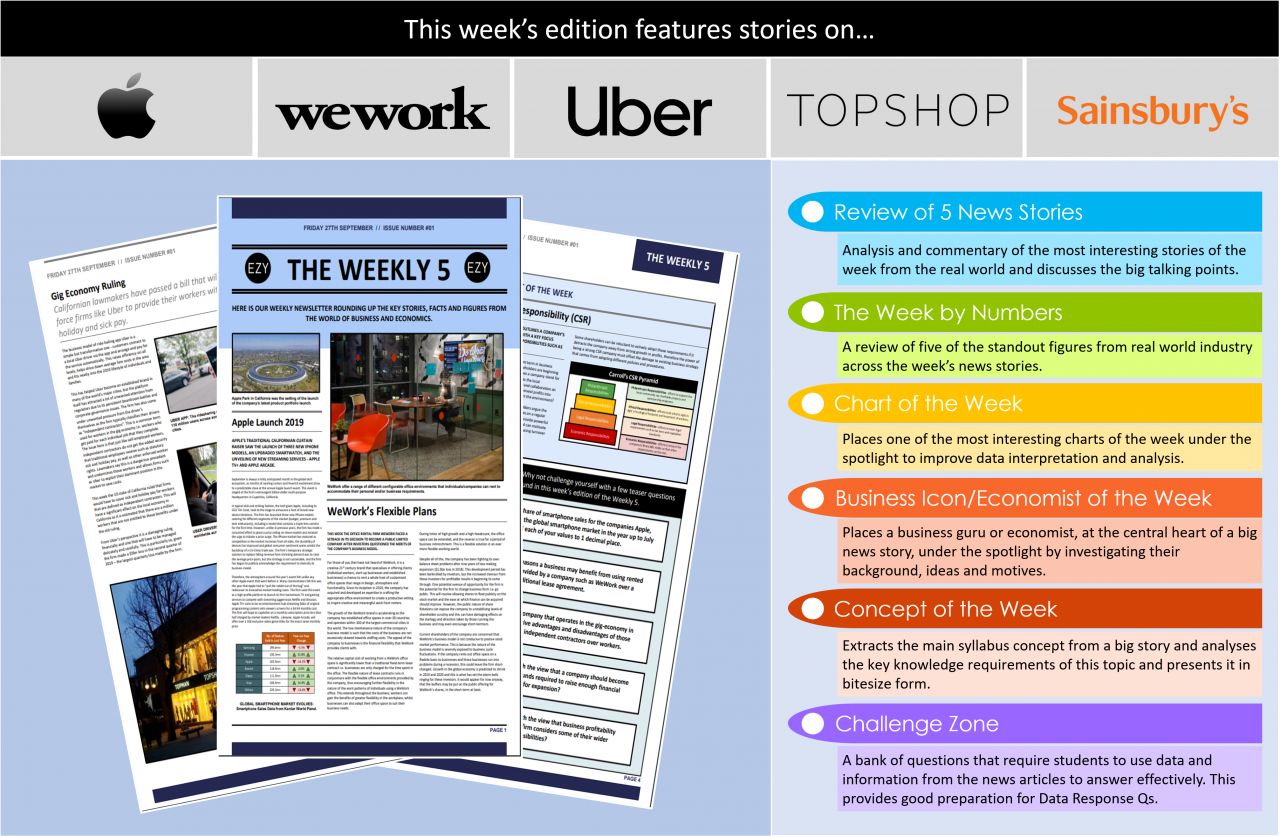 The Weekly 5 is back with a fresh new look! After three years of producing the Weekly 5, the team at EzyEconomics and EzyBusiness have combined their efforts to produce a weekly newsletter that includes features designed to recap the key talking points of the week, help students improve exam technique and their data analysis skills, and satisfy the appetite of those students who are passionate about the subject.

The upgrade has seen a host of new additional features built into the discussion about the current issues in real world business and economies. These features include the discussion of the key figures behind an economic theory or business idea, analysing the charts and big numbers that are making the headlines and a series of quantitative and written based questions which build upon the reports in the newsletter.

The editions for business and economics will run in alternative weeks during term time. This week's edition focuses primarily on business stories, but there is plenty of scope for crossover for economics students.

The main stories, as chosen by our team this week:

Alongside these stories you will also discover some additional features such as:

Stay tuned for further editions of the Weekly 5 released on Friday's during term time! Year 12 Recap - Positive Externalities
EzyEconomics Blog
Next up on our Year 12 Recap are positive externalities. If you are in Year 12, it is essential that you are confident with the basic principles of externalities and how to graphic...
6488 hits
0 comments
Read More
06 April 2018 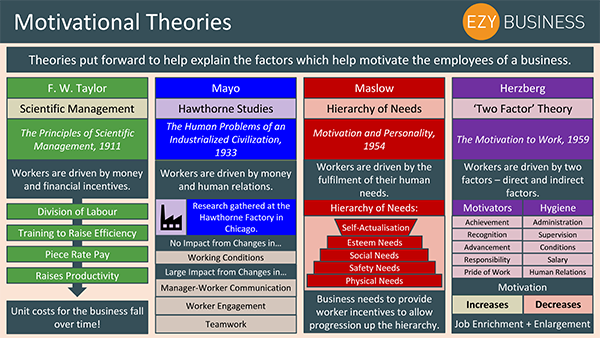 Business Studies Recap Day 18 - Motivational Theories
EzyBusiness Blog
On Day 18 of our Year 12 Recap we take a look at the motivational theories put forward by the most influential pieces of literature available in the academic study of business....
4786 hits
0 comments
Read More
08 February 2019 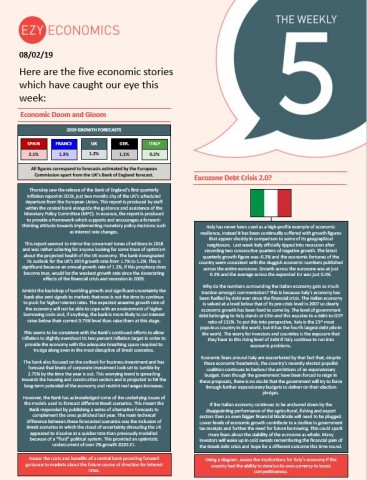 Science in the News
EzyScience Blog
There are two main aims to this monthly EzyScience newsletter:To demonstrate how the science our students study at GCSE relates to the science being conducted every day around the World and to show ju...
928 hits
0 comments
Read More